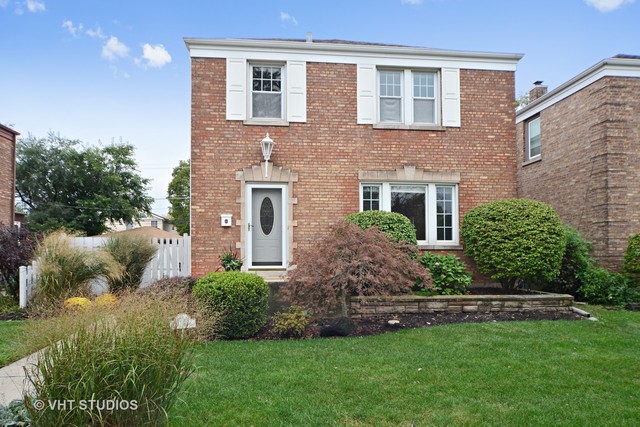 
Newly renovated brick Georgian located in the River Forest Manor section of Elmwood Park. Three bedrooms, 1 1/2 baths plus a large 1st floor family room. The kitchen has some new appliances and new honed granite counter tops. All the oak floors have been newly refinished to their original beauty. There is new carpet in the large first floor family room. The spacious finished basement can be used as a home office, playroom or additional family room. There is a 2 /12 car garage with a side parking spot and storage shed. The yard is well manicured and is fully fenced. Move right into this "easy to maintain" home and enjoy. Great starter or downsize home. This property is agent owned.
+ Read More - See Less