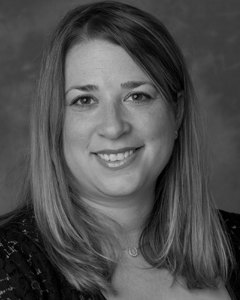 
Visit my website
You will get a lot more than a Realtor® in Caren Chessick.

After spending seven years as an English Teacher in the Chicagoland area, Caren Chessick joined @properties to take her desire to help people and make people’s lives better to another level. Her very successful education career yielded three straight years on Who’s Who of America’s Teachers and Educator of the Month award. Teaching English to an at-risk population honed her skills as an expert problem-solver, quick-thinker, efficiency manager, and compassionate person. It also taught her the importance of preparedness so that she understands a prepared agent is a successful agent. In addition, she has the ability to be an informed listener; she really hears what people are telling her.

Caren is intimately familiar with the city of Chicago. She grew up in Hoffman Estates, graduated from William Fremd High School in Palatine, earned her Bachelor of Arts in Journalism Degree from Indiana University, Bloomington, and her Master of Education Degree from DePaul University. After graduating from IU, she moved back to Chicago. She has stayed here ever since, living in areas such as Lakeview, Lincoln Park and the Gold Coast. As a lifelong Chicagoan, she has intently explored and discovered the city she calls home. Her friends come to her when seeking advice about how to take advantage of what Chicago has to offer.

A lot of Caren’s spare time is devoted to giving back to the Chicago community. She has served on the St. Jude Auxiliary Board, which hosts the Harvest Moon Ball, and has spent the last seven years serving as a Gate Captain for the Old Town Art Fair. Her philanthropic endeavors do not end there; Caren ran the Kona Marathon in Hawaii to benefit the American Stroke Association.
Caren loves to grow her creative side. She was a consultant for Creative Memories, a scrapbooking company and makes hand-made greeting cards and invitations, which she presents at Juried Art Fairs. In Caren you get someone who is hardworking, perseverant, and will listen carefully so she can meet your needs.

"Caren is the greatest! We love her."