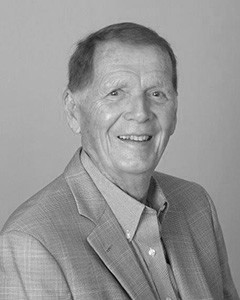 PROVIDING ACTION TODAY TO ASSURE MY CLIENT'S PEACE OF MIND AND COMFORTABLE TOMORROWS.

Dick Coan is easy to get to know. Maybe it is his "Hoosier" background, but one fact is clear; that is, Dick is able to communicate with people from all walks of life. He is proud that he shares friendships with a broad spectrum of people, including religion and nationality. For twenty years Dick owned and operated a real estate company he founded: it having offices in Clarendon Hills, Downers Grove and Naperville.  Since 2000 he has been actively engaged as a real estate agent.

Originally from Indiana he has resided in the Western Suburbs for over 40 years, presently residing in Burr Ridge with his wife, Robin.  Dick has a daughter, Pam, and a son, Rick.  Pam has 4 children and is a lifelong resident of Hinsdale.  Pam is a licensed real estate agent and provides backup for her dad.  Rick lives in Maryland and has four children.  He has an established automotive career.

His other "loves," include golf, biking, sailing and working out at the health club, 5 Seasons. He is a Past Vice President and Director for United Way of Hinsdale Area.  Dick is past president of The Rotary Club of Hinsdale, who recognized him as Rotarian of the Year in 1999.  Dick is a Navy veteran, having served for 4 years.  He was the Chairman of the Fund Raising Committee for the Burr Ridge Veterans Memorial, a memorial that was built in 2010.  In 2018 Dick completed 25 consecutive years of riding his bike in the annual Multiple Sclerosis fund raiser, riding 100 miles on Saturday and 75 miles on Sunday.  His efforts have raised tens of thousands of dollars for MS.  He will be riding again this year.

Dick's philosophy is grounded in a strong belief in the Golden Rule and a strong desire to put more back into life that he takes out. Since choosing a real estate career, his goals have been and continue to be, success and recognition through helping his customers and clients achieve their dreams and goals.

Past Sales for The Coan Team (0)