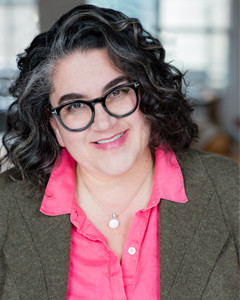 CS Interiors: Design Of the Times! A West Andersonville couple grabs interiors by the horns to turn a former woodworker's shop into a shrine to out-of-the-box design
If a home's heart is in the kitchen, then what do you call a woodworker's loft with no functioning kitchen—just an industrial slop sink, a beat-up refrigerator and lots of sawdust? Seduced by its possibilities, an enterprising couple, new to both renovation and cohabitation, poured more than a little heart into finding out.

Buying a fixer-upper, let alone a woodshop, wasn't in the cards when Todd Hilt and Alvin dela Cruz decided to move in together three years ago. Te housing boom was at its height and their real estate agent, Alley Ballard, had no shortage of properties with kitchens to show them—shiny ones with sleek cabinets, granite countertops and fancy, stainless steel appliances. But Hilt and dela Cruz were not impressed. "I was pretty vocal about not liking new construction," says Hilt, a project manager for Hyatt Hotels and Resorts. But he was also hesitant about tackling a rehab. What these rehab neophytes lacked in experience, they also lacked in free time.

Ten a loft in Ballard's own building hit the market. "I saw a lot of potential: open space, high ceilings and big windows," says Ballard. "My recipe for possibility." Selling a lifestyle is canny marketing but Ballard's task was far more difficult: She had to help them see through the sawdust that hung in the air and to visualize, for example, how the dirty, rustic, square woodshop worktable could make a spectacular one-of-a-kind kitchen island. Turns out, it wasn't that hard of a sell. Rather than daunting them, the loft's virtually unlivable conditions convinced Hilt and dela Cruz they had nothing to lose. "Spaces like this don't come along too often," says dela Cruz. "No matter what we do to it, we can't mess it up that much." With that the couple embarked on an ambitious six-month renovation project, which included building a raised platform with a dividing wall to create two distinct rooms. Facing the kitchen and living areas, the family room's black and white wallpapered accent wall makes a bold statement while concealing the couple's bedroom. Te effect is not unlike a stage set, perhaps that of a renovation comedy. Cue the laugh track.

Every renovation project has its moment of utter madness—usually so bad you can only laugh about it afterward. And in their case, it came while prepping the space to be painted, a job that couldn't begin until the dust was gone, a job so large it required them to hose down the walls and ceilings with a power washer, an unenviable task that succeeded in clearing the dust but which flooded the space, leaving a muddy mess.
It's nearly impossible to identify rock bottom until the recovery begins, so it's only in hindsight that the couple declared the ensuing flood and dela Cruz's near electrocution the low point. "Coming home to mud and water and no light and then getting shocked on top of it, I thought, ‘What am I doing here?'" says dela Cruz. "But after that, it really was smooth sailing." Perhaps spending time in the finished space with its brilliant white walls, high Ceilings and, yes, gorgeous kitchen has given dela Cruz's memories, even the bad ones, a nice patina, but the couple says combining Hilt's love for patterns, texture and warm colors with dela Cruz's preference for sleek, spare and white, proved to be easier than expected. For example, a midcentury modern Rosewood sling chair from Argentina winks at the couple's colorful vintage pottery collection and coexists peacefully with a new sofa and coffee table, resulting in a living room that feels like it could have been designed by either of them.

Indeed, Hilt and dela Cruz found common ground in their love of vintage, so they chose pieces such as a midcentury modern buffet with warm wood tones and clean lines, which appealed to both of them while unifying their respective belongings. The couple's winning formula repeats throughout the space: A faux stag head hangs prominently above the piece.Coupled with the nearby cowhide rug; it conveys an irony the couple enjoys. "It's a friendly middle finger," says Hilt of the high quirk quotient throughout the space. A Mexican Lucha Libre wrestling mask hangs above a desk in their corner office and a gnome sits mischievously beside an oversize built-in wood cabinet (another lucky hand-me-down from the woodworker). Even the Hillary Clinton poster hanging above the couple's bed feels a little too ironic. " The Hillary poster reminds me of an Eva Perón poster," explains Hilt. "It's making fun of icons, although I thought she was going to win when I bought it." Indeed, much of the couple's art pokes fun at icons, whether political, pop cultural or religious. A pair of pencil drawings by their friend, artist Michael Murtaugh, parody old-time movie posters, and they don't shy away from religious kitsch. "My mother comes in here and thinks we're going to hell," says Hilt. "She thinks we're making fun of it." Perhaps appropriately, it's the loft's new kitchen that showcases the ingredients that helped them merge their distinct styles—a mix of old and new, high and low. Ebony Ikea cabinets with clean lines echo the loft's industrial architecture and work well with Moooi's contemporary Random Light and the surface it illuminates. The hulking square woodworker's table is now very clearly a spectacular kitchen island.

Hilt says loft life takes some getting used to, but the benefits outweigh any problems. "If we're both here at the same time, it's a competition," says Hilt about the lack of walls. "But it's really nice to have a space that lends itself to entertaining." "We have more impromptu gatherings," adds dela Cruz. "Instead of going for drinks after dinner, why don't we just gather around the island?" So the cliché rings true, at least in this case: Home really is where the heart is.