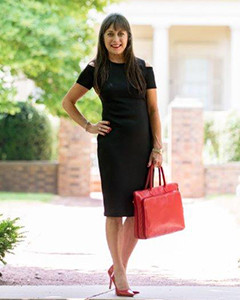 Friday, 15 Jul 2011 at 08:29 pm
A key piece of land in the heart of the South Loop’s main business district is headed for a live auction next week in hopes of increasing demand for the property.
The 5-acre parcel, which sits north of Roosevelt Road between the Chicago River and the Roosevelt Collection, would be at the hub of one of the South Loop’s biggest planned developments.
Bidding will start at $8.4 million when the property goes up on the block next Friday, June 3. The land is zoned for 1,500 residential units and a half-million square feet of retail space, according to Diliberto Real Estate Services, which is auctioning off the property for Jos. Cacciatore & Co. Real Estate.
The property was originally supposed to be a sealed-bid auction, but Frank Diliberto, the president of Diliberto Real Estate, said they decided to open it up to live bidding so they can stoke demand and possibly pump up the price.
“We believe that the live auction stimulates interest,” Diliberto said. “A live auction can sometimes trigger additional response.”
Of course, mega-sized properties in the South Loop aren’t exactly going like hot cakes these days. When Crain’s reported in March that the Roosevelt Collection was sold, it only went for half of what the original developer paid just to build it.
Crain’s reported that while most of the apartments have been leased, less than a quarter of the retail space in the complex at that point had been leased — all of it to the Kerasotes ShowPlace ICON theater.

The buyer of the 928 S. Wells site, who is not being identified, intends to quickly partner with a builder to develop the property, said Frank Diliberto, president of Diliberto Real Estate Services, which brokered the deal.

Diliberto said the site serves as a gateway for the city and potentially for a much-discussed possible casino site at the old Post Office at 433 W. Van Buren St.

“The buyer is talking to City Hall and Ald. Bob Fioretti about possible uses,” said Diliberto spokesman Phil Ranstrom. “There are a lot of possibilities on the table, especially with a casino site in play.”

The property, which features Chicago River frontage and includes a parking lot, sits north of Roosevelt Road between the river and the Kerasotes ICON Theatres. The theater complex is the only operating portion of an otherwise empty retail site called the Roosevelt Collection. A partnership including former NBA star Earvin “Magic” Johnson recently bought the Roosevelt Collection site.

A developer at the 928 S. Wells site has the ability to build out 250,000 square feet of commercial space and 1,000 more residential units.