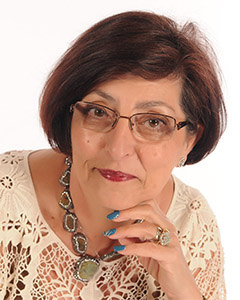 The Village of Skokie, Illinois, located 16 miles northwest of downtown Chicago and 12 miles east of O'Hare International Airport, provides high-quality government services to the over 63,000 residents and 2,400 businesses that call Skokie their home. Accessibility to transportation is a key advantage in Skokie, with the Edens Expressway (I-94) spanning the communityâ€™s western edge, seven Chicago Transit Authority and10 Pace suburban bus lines and the CTAâ€™s Skokie Swift rail line offering numerous options for public transportation.

Skokie covers 10.2 square miles of land and is bordered by the Villages of Glenview and Wilmette on the north, the Village of Lincolnwood and the City of Chicago (West Rogers Park and Edgebrook neighborhoods) on the south, the Villages of Morton Grove and Niles on the west and the City of Evanston on the east. Twice-weekly refuse collection, a highly engineered Storm-Water Runoff Control System and sidewalk snow plowing are some of the many unique Village programs that enhance Skokie residents' quality of life. Superior municipal services together with the nationally acclaimed Skokie Park District, superb Skokie Public Library, and preeminent North Shore Center for the Performing Arts in Skokie, exceptional Skokie Northshore Sculpture Park and outstanding school districts make Skokie an excellent place to live. The Village is a recipient of a Governor's Hometown Award and has received "All America City" finalist distinction from the National Civic League.

The Village of Skokie was given a AAA bond rating from Fitch IBCA for its 2003 General Obligation bond series. In 2003 Money magazine named Skokie among the 80 fastest-growing suburbs in the entire nation. Chicago magazine continues to rank Skokie near the top in its suburban livability rating, praising the Villageâ€™s schools, parks, municipal services and entertainment options.

Skokie was the first community in the entire United States to have nationally accredited Fire, Police and Public Works Departments. The Skokie Police Department is nationally accredited by the Commission on Accreditation for Law Enforcement Agencies (CALEA), a credential it has held since 1988. The Skokie Fire Department holds both a Class 1 rating from the Insurance Services Office (ISO), an independent organization used by the insurance industry to rate fire fighting capability, and full accreditation from the Commission on Fire Accreditation International. In 2003 the Public Works Department achieved accreditation from the American Public Works Association, giving Skokie its status as the first town in the country to achieve this level of professional accreditation. In addition, the Skokie Health Department is only one of eight state-certified municipal health departments in Illinois and provides a wide range of services to Skokie residents.

Quality government services work in tandem with the Village Board's focus on economic development. In recent years, the Village of Skokie has encouraged redevelopment in Downtown Skokie that now includes development of the Illinois Science Technology Park on the 23.4-acre former Searle/Pfizer site. The Village also participated in an expansion and renovation of Westfield Old Orchard, developed the North Shore Center for the Performing Arts in Skokie, renovated the Southeast Industrial area and began improvements to the West Dempster Street corridor. Skokie is a founding member of the Chicagoâ€™s North Shore Convention & Visitors Bureau that encourages visitors to contribute to the local economy. Each of these successful programs enhances the Village of Skokie's commercial tax base while adding new dimensions to its already abundant cultural offerings.

The Village of Skokie has a rich cultural heritage as well. The first settlers were immigrants, primarily from Germany and Luxembourg, seeking a prime area to relocate their families. When originally incorporated in 1888, the Village was known as Niles Centre. Historians estimate that around 1910 the spelling was changed to Niles Center. By the late 1930s, a campaign began to change the community's name, primarily due to confusion caused by the neighboring Village of Niles and the fact that both towns are within Niles Township. On November 15, 1940, after several years' debate over a new name and a referendum to authorize the name change, the community became the Village of Skokie. Since then, the Village has enjoyed tremendous population, cultural and commercial growth. The Village's rich heritage continues to grow as members of many ethnic and cultural backgrounds choose to call Skokie home. Each May since 1991 the two-day Skokie Festival of Cultures celebrates the heritage of the residents of Skokie. Flags from participating Festival of Cultures countries that belong to the United Nations and are recognized by the United States State Department are flown throughout the year on a rotating basis at the Skokie Northshore Sculpture Parkâ€™s Flags of Nations display.