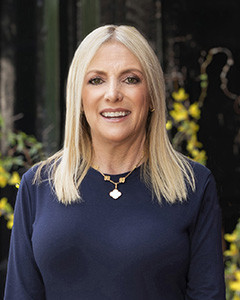 From survivor to seller, foodie to forecaster and baker to broker, there are many sides to North Shore real estate market expert, Susan Maman.

In the top 1% of brokers for the past nine consecutive years, Susan Maman has been a name clients in the North Shore trust to deliver results. Providing superior service to buyers and sellers every step of the way, Susan chose @properties for the innovative marketing, advertising and cutting-edge technology it provides for her clients. Susan was awarded one of Crain's 2019 Notable Residential Real Estate Brokers. Amongst numerous accolades, she was recently awarded with one of the 100 Most Influential Real Estate Agents in Illinois by Real Estate Executive Magazine. She is known amongst her clients”who she considers partners”for her clear and sincere commitment to their needs.

As a hands-on broker, every client can rely on Susan giving them her undivided attention: bringing an honest approach, a wealth of industry knowledge, creative energy, and stellar negotiation skills throughout the entire process. To this day, this has resulted in a majority client base that is largely repeat clients and referrals. After her battle with breast cancer in 2004, Susan approaches her profession with the same heart and determination that have enabled her to be a survivor. She applies this same fighting spirit when it comes to negotiating for her clients and being able to tackle and overcome the challenges of our current real estate market. For the last decade, she is proud and passionate to have donated a percentage of her earnings to Breast Cancer Research.

As a 55-year native of the North Shore, Susan prides herself on her extensive knowledge of the market up and down The Shore. After graduating from New Trier East High School, she attended the University of Michigan and the University of Arizona and earned a B.A. in Psychology with high honors. She had an extensive career in the corporate world working for Sprint in the advertising and marketing deparment for 17 years. Thus, truly believing in the importance of market and advertising.

Susan loves being the mother of two young adults, Jordan and Monique, and enjoys being the youngest and only girl in a family of four.

When time permits, Susan makes gourmet meals and delicious baked goods for her family and friends, travels to different parts of the world and plays tennis. Last, but certainly not least, Susan loves to laugh and have fun with all those around her!

Beating Breast Cancer and Fighting for a Cure

Susan Maman not only fights for her clients at the negotiating table, she is a fighter in life, having battled and beat breast cancer in 2004. Susan donates a percentage of her annual earnings to breast cancer research, and her passionate commitment to ending breast cancer is additionally exemplified by her generous support of the research division of the Robert H. Lurie Comprehensive Cancer Center of Northwestern University and the Arthur G. Michel, MD Fellow in Breast Cancer Research at Evanston Northwestern Healthcare Foundation.

In 2005, Susan founded A Million Tomorrows, a fundraising organization whose primary focus is the financial support of breast cancer research and improving the quality of life for those fighting this disease..

"Susan helped with both our buy and sell. Her recommendations helped us get our home under contract in 5 days! She also helped negotiate a great deal on buy side. Susan has gone above and beyond. Not only did she help us but she went beyond and gave us recommendations to handymen who have helped us get our new home into our dream home so quickly. Thank you Susan, you are an amazing realtor and a great friend!!"