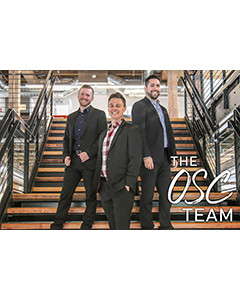 River North is an energetic neighborhood on the Near North Side of Chicago. The ‘legal limits' are the Chicago River to the West and the South, up to Chicago on the North, and over to the magnificent mile/Michigan Avenue on the East. Aptly named River North, the entire area lies just North of the Chicago River. River North got its start as an industrial area and later became primarily a warehouse district. When the warehouses began to close in the 1970's, the large empty buildings attracted a myriad of artists, builders, commercial and residential developers, and writers looking for loft and studio space; thus creating a neighborhood that is very artistic and residential. Today, it is still a chic, cultural area hosting a plethora of art, boutiques, restaurants, and a bustling young professional scene.

When Chicago was incorporated in 1837, the city was situated on the river and lake taking full advantage of all the westward expansion opportunities from the water. The bend in the river, listed above as the boundaries of River North, is historically important in the development of Chicago. Some of the first taverns, stores, hotels and bridges were created here and then after the famous Chicago Fire in 1871, many of these were destroyed. The area was quickly rebuilt to assist with the shipping facilities in the port, and then filled with new warehouses and buildings. When new railroad tracks were laid along the river in the 1890's, the industrial area began to explode. Old buildings that made it through the fire or were built shortly thereafter were repurposed into hotels, apartments, galleries and shops. Then into the early 1900's the larger companies started moving in and these buildings saw more offices, advertising agencies and other businesses call them home.

Keeping the history alive, recognition of early settlers of the River North area can be found reflected in the names of some of the streets; Hubbard, Kinzie, Taylor, Clybourn and Noble to name a few.

One of the first examples of change came in 1964 when the Marina City condominiums opened on the North side of the river at State Street. This property is so unique, not only its location on the river and the views it provides its residents, but also simply its design and strange appeal. I've shown apartments in this property and attended parties here over the years; it never ceases to amaze me! But complete rebirth was still years away. River North was an urban wasteland with many neglected or abandoned buildings. Dormant factories and other industrial buildings began their transformation in the 1970's and 1980's. What followed was a huge inflow of new businesses that densely concentrated this area and have made River North a hub for creativity and entertainment. Architectural standouts in River North are everywhere, from the House of Blues, the aforementioned twin corn cobs towers Marina City, to the Mies van der Rohe steel and glass building at 330 N. Wabash.

Other notable buildings include the beautiful and widely photographed Wrigley Building, the Tribune Tower, the gorgeously designed Trump tower, the East Bank Club and many more. River North's newest luxury condo building The Ronsley, located on Kingsbury and Erie, is a classic turn-of-the-century building that has been beautifully renovated and reimagined. The Ronsley marries historic architecture with modern luxury. With 41 very unique residences, The Ronsley provides residents with class and luxury through a range of floor plans, views and amenities. I was lucky enough to have sold one of the very first units in the building this year to a lovely client who I know is living the high life now in one of River North's best buildings! Once a neighborhood filled with factories and warehouses, River North is now often considered Chicago's version of New York's SoHo; and The Ronsley adds to that feeling.

Today River North boasts luxe shops and eateries, posh nightclubs and a myriad of cocktail bars. The Merchandise Mart, which opened in 1930 in the former industrial area, attracts thousands of shoppers to its design showrooms. When it opened, it was the largest building in the world with over 4,000,000 million interior square feet. Surrounding the Mart, artist's studios in converted warehouses and lofts form a hub that sustains the area's best art galleries. I have been to the Mart multiple times for networking events, shopping, performances, etc. and almost get lost every time, due to its sheer size.

The colorful, energetic neighborhood of River North is cultured by day and boisterous by night. The people who live, work and visit this area know how to work hard in business and then sit back and enjoy the jovial nightlife. The tree lined streets are set with lovely vintage residences mixed with new high rise buildings, as well as tons of parks like Kingsbury Park on the Chicago River, or Montgomery Park. This neighborhood is extremely walk able, has tons of shopping and attractions for both the Chicagoans who call it home and the tourists alike, and is a great place to work or live!