Learning the Lingo - Speaking About Space 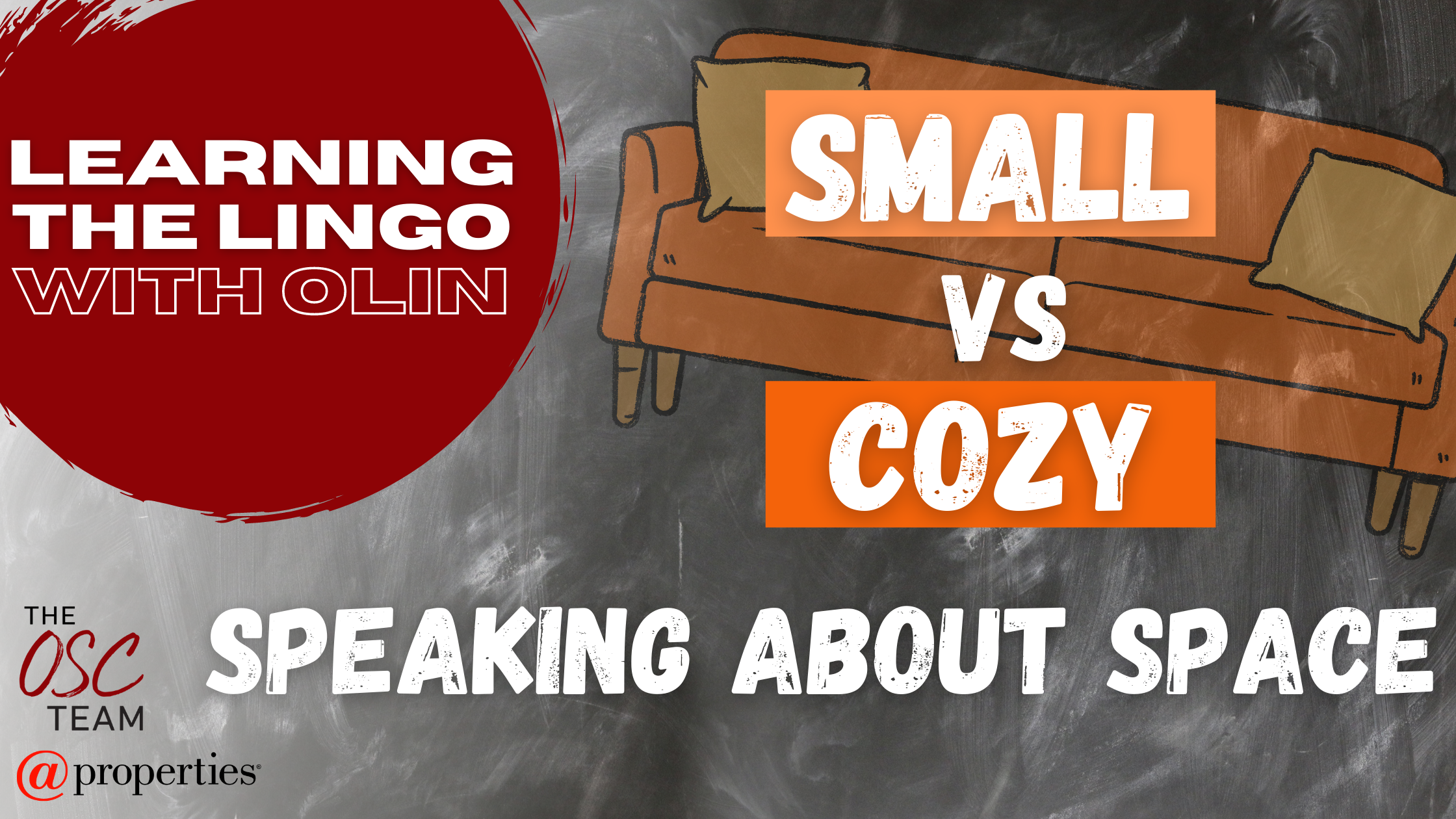 In case you had not yet heard, it's been a pretty tough year. The global pandemic that we are still living through has affected everyone in some way and one (possibly positive) side effect was that we spent a lot more time inside our homes. For those who love the home they live in, this was an opportunity to reconnect with family, finally finish that project you'd been putting off or learn how to bake bread. For the many others who would not say that they are living in their dream home, this was a nightmarish turn of events - to be secluded in a tiny apartment that you don't particularly feel comfortable in and that after watching the thousandth rerun of Friends started to feel more like a cage.

You've probably heard about the many people who'd rather than stay in their smaller spaces in large cities chose instead to make the move to more rural areas where they can have more room for the same cost. According to the Chicago Tribune, "For the first time in four years, moving concierge app Updater has helped more people move out of Chicago than to it." While the pandemic isn't the only reason for this change, it does beg the question - will there be lasting effects on individuals likeliness to move into big cities where the spaces they live in will most often be smaller than if they paid the same prices in suburbs? And as Real Estate Agents, how can we get ahead of this possible trend?

In this third installment of Learning the Lingo with Olin, where we discuss how the words you use as an agent, a buyer, a seller, or any other role in the real estate process can impact your success, we're examining how to talk about smaller spaces without turning people off. The ‘smaller spaces' that I'm referring to are not just entire properties that are on the smaller side, but it can also be specific rooms, outdoor spaces, bathrooms, etc. There's no shame in living spaces that are smaller - people may be totally okay with the size if it is what they can get for their budget or if it's worth it for a great location. Some people even follow the minimalist trend and prefer small spaces but as a seller there are better options when choosing terminology to refer to these sizes than ‘small.'

I first want to clarify - choosing more flattering language is not an attempt to manipulate or take advantage of clients but rather an opportunity to make someone view your property and it's features through a more optimistic lens. For example, if you're showing a space and the bedrooms are not very large, that is not a secret to someone viewing the rooms because it's just a fact, but if you describe the rooms using a word like ‘cozy' rather than ‘small,' they may see more potential with what they can do with the space. ‘Small' implies inconvenience and negativity but a word like ‘cozy' implies intimacy and warmth. Other terms you could swap in are quaint or modest.

The optimistic lens that I mentioned earlier is very important and you can take it one step further by helping potential buyers imagine exactly what they can do with limited space. What some may see as a room too tiny for functionality, others may see as a great opportunity for an in-home gym or office. You can also advise them on strategies for making the most of the space available like installing mirrors to add depth, maximize vertical spaces, and getting creative with your storage.

As vaccines begin to be distributed and an end to this awful pandemic starts to feel more plausible, the question remains what will happen with all the people who fled their city homes and if there will be lingering consequences of buyers' hesitance to cozier spaces. The truth is that it is still too early to know for sure, but if you're anything like I am, I'm confident that people will still want to take advantage of all of the amazing benefits of living in a city like Chicago entails and when they do, those of us in real estate will be ready for them!