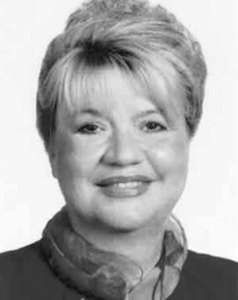 Born, raised and educated in Europe with a degree in Business Management/Communications & Languages.  Edith traveled extensively throughout Europe & the world.  She worked for 10 yrs as a Translator/Interpreter and Liaison Officer for European Joint Venture Construction Companies and their overseas government Civil Engineering Dept. in North and West Africa and also in Saudi Arabia.

She came to the US in 1973 when her then visiting future Mother-in-law fell ill after two brain hemorrhages.  After brain surgery the family was told that she will not have more than 6 months to live.  The decision was made to get an apartment, set up a room and take care of her!  Which Edith and her new husband did sharing the 24h nursing care without outside nursing assistance.  6 months turned into 20 years, slowly her mother-in-law improved, coming out of a coma, but staying paralyzed on her left side!

During that time Edith had her two children, established language classes and taught them out of her home to students K through 8th grade, she tutored High School students and later on had her own fashion business for several years.  After her Mother-in-law’s death, Edith took her real estate license and became an energetic, enthusiastic and passionate Realtor!

If only the BEST will do – Work with Edith…

Always going the X-tra Mile with a SMILE for YOU!