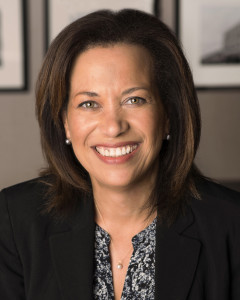 Mabel Guzman, AHWD, a 21 year veteran was the 2010-11 President of the Chicago Association of REALTORS®, She is respected for her professionalism, tell-it-like-it-is honesty and ability to build relationships.

Her business is 95% referral based and founded on three things, Care, Knowledge and Trust. She considers herself an Advocate to her clients and the industry. Every market has its challenges and she focuses on solutions that achieve the best and realistic outcomes for the clients she advocates for. By educating clients to current market trends with the use of data, she can help them assess what is right for them; these analytical skills assists sellers to arrive at the compelling price that gets them sold and assist buyers to get the best bang for their dollar.

Mabel has provided analysis about the Chicago Real Estate Market to the Chicago Tribune, Crain's, Wall Street Journal and as a former guest on Real Estate On Radio, WLS-AM 890, Mabel advocated for consumer use of REALTORS® and provided relevant real estate information to educate the public. She also, has been featured on, National Public Radio (NPR), WGN Morning News, CBS2 News, ABC7 News and the nationally syndicated First Business News.

Passionate about the role of real estate in public policy, Mabel represented the over 1 million REALTORS when she testified before House Financial Services Committee regarding "National Flood Insurance" it's Reauthorization and Reform. She has also testified before the Senate sub-committee on Housing, Transportation and Community Development regarding the "Housing Market Inequality and Opportunity." She is considered to be ranking among industry leaders who will help shape a positive future for the Rea Estate Industry.

She was selected to lead a work group at the national level to study the impact of Student Loan Debt on housing that created policy for NAR. She was one of the driving forces behind City of Chicago efforts to implement the federal Neighborhood Stabilization Program (NSP), by crafting the Request for Proposal (RFP) through which 40 REALTORS® were hired to acquire foreclosed properties in 25 targeted areas. Also an advocate of fair tax policies, Mabel worked with the City of Chicago to ensure that more than 30,000 city homeowners had the opportunity to file tax appeals. She also participated in Illinois Association of REALTORS® regarding solutions at the national level about loan limits, property taxes, housing policy, reform of Fannie Mae and Freddie Mac.

2012 REALTOR of the Year for C.A.R. and the Recipient of the 2012 Community Service Award by NAHREP (National Association of Hispanic Real Estate Professionals) Chicago Chapter. She was awarded a President's Medallion for Outstanding Service in 2014, 2015 and 2018 from the President of the Illinois Association of REALTORS.

Mabel is also known for her charitable contributions, specifically Habitat for Humanity, where she has traveled to the Gulf Coast on four separate occasions to assist rebuilding the gulf coast and in 2014 worked with Illinois REALTORS to build Habitat Homes for three families in Murphysboro, Springfield and Aurora. She is also a volunteer cook for the First United Methodist Homeless Ministry which provides meals to more than 150 people weekly.

Trustee of the First United Methodist Church at Chicago Temple, Aid Society, oldest church in the city founded in 1831 at Fort Dearborn. She has also served on the Chicago Ambassador for One Hope United, who's mission is to nurture, protect and advocate for children, through their early learning childhood centers, assisting young mothers and giving them support as well as removing children from at risk situations.

"Mabél's unparalleled insights on the Chicago real estate market and overall knowledge of the real estate industry made my purchase a breeze. Everyone she recommended (property inspector, lawyer, etc.) delivered exceptional service, and she really helped take away the nervousness and anxiety of making such a big purchase. I definitely recommend her to anyone looking for an experienced, intelligent, friendly, and candid real estate broker. Thank you Mabél!"