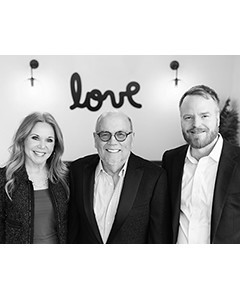 In the spring of 2014, Larry stepped down from his VP position and re-launched his career in residential sales. Enlisting the service of Chad Downie, @properties’ 2012 Rookie of the Year, along with a team of enthusiastic and knowledgeable Realtors, Larry seeks to serve his clientele with a warm, informed and personal approach to buying and selling a home.

Larry has worked as an educator, a publisher, a writer, a substance abuse counselor, and a fundraising consultant. He’s a member of the Chicago Association of Realtors and the National Association of Realtors and has served on the Executive Committee of the AIDS Foundation of Chicago for the past 15 years.  In 2011, Larry was honored with the AIDS Foundation’s first Lori Kaufman Volunteer of the Year Award for his service in several fundraising events raising more than $4 million for Chicagoans living with HIV/AIDS. Larry continues his service by participating on the board of @properties’ charitable foundation, the Friends and Neighbors Community Fund.

"I had a great experience working with Larry. He is incredibly knowledgeable about the market, down to earth, and a joy to work with. He took the time to listen to exactly what I was looking for and presented me with a range of options in varying neighborhoods. In the end, I found my dream home on the first visit, and paid significantly less than the asking price."

"Larry is a great person to work with. He is full of integrity and compassion. Larry loves his job and loves meeting new people along the way. Larry is a smart and funny person who always made the home selling/purchase process fun and easy."

"Larry knows the market and is able to help you price accordingly. He is professional and is very helpfull. He also uses a team approach and has a great business associate that also worked with us. I have worked with Larry for over ten years and have had numerous successful real eastate transactions with him."