How the Federal Funds Rate Affects Your Wallet 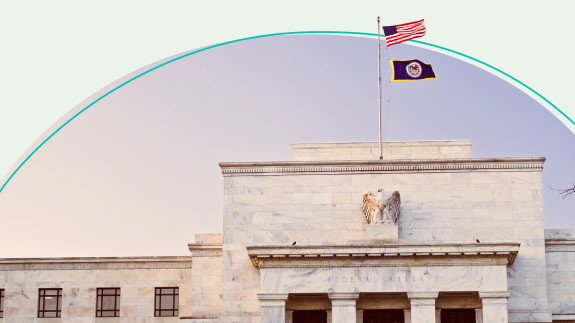 Federal Reserve chair Jerome Powell is the face of a lot of gov money moves that affect you. Like changing the federal funds rate — an important percentage that influences everything from inflation to what you pay for loans.

When things don't look so hot, the Fed can lower rates to encourage people to borrow, spend, and invest...which can help boost the economy. Since COVID-19 had some serious economic side effects, the Fed lowered rates to essentially zero in March 2020. On the other hand, the Fed can increase interest rates when it thinks the economy's doing well enough to handle higher borrowing costs. This can also slow down inflation because higher interest rates encourage people to save their money instead of spending it.

In mid-December, Powell announced that the Fed's considering three rate hikes in 2022. Plus another three in 2023. And during its January meeting, the Fed announced that it's ready to take action, potentially raising interest rates as early as March 2022. Here's what that could mean for your wallet.

Do you already own a home?

Are you working on paying off credit card debt?

The Fed's ready to get this interest-hike party started to help combat inflation. That means you could see higher mortgage rates and pay more to carry credit card debt. But it's good news for savers, who might get paid a little more to keep their money in the bank.

Updated Jan. 26 to include new info on the Fed's plan to raise rates.