Learning the Lingo - Language for All Love 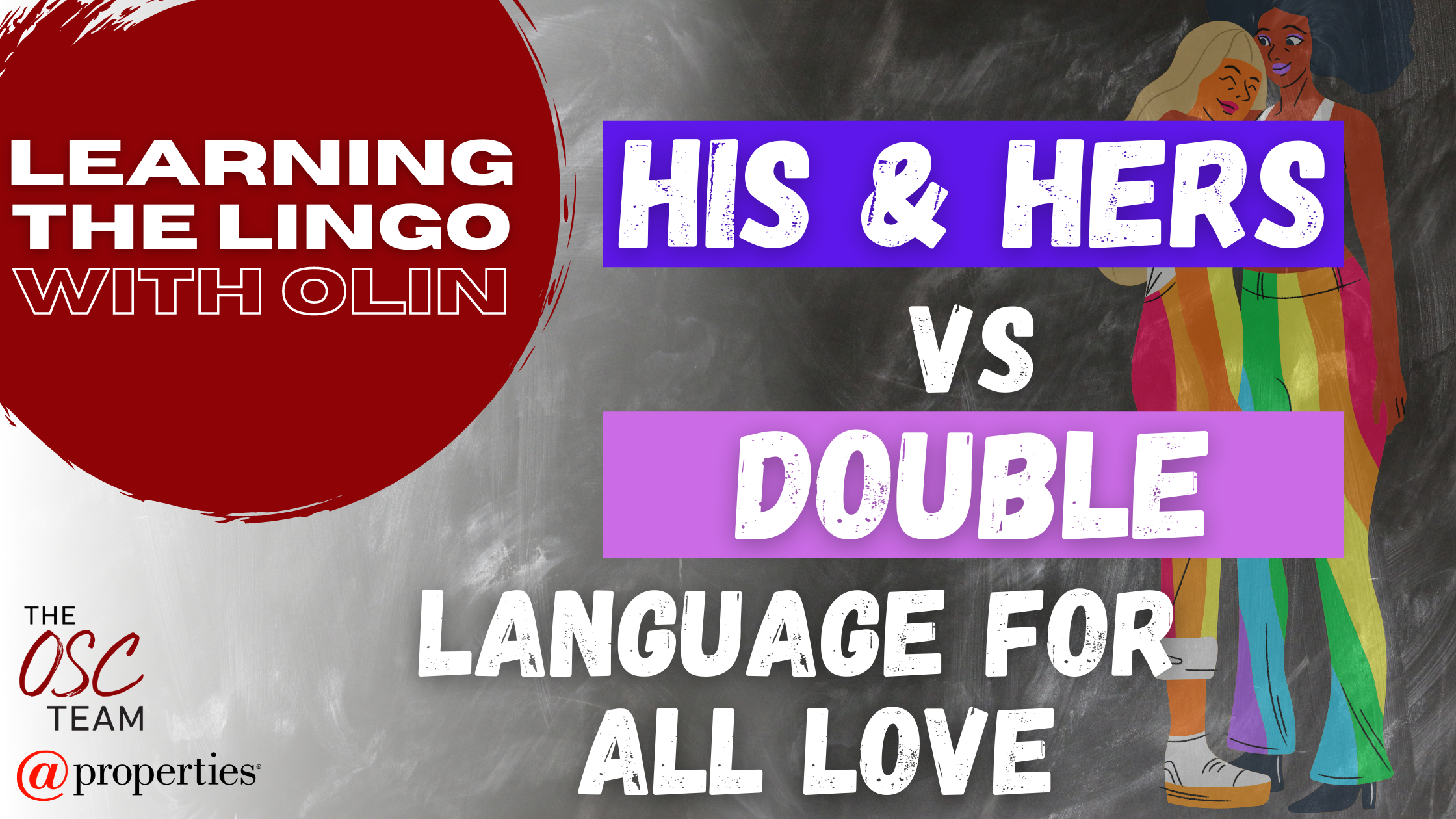 We're back with another edition of Learning the Lingo with Olin, a blog series where we delve into some ways that terminology used in real estate can have a much bigger impact than you may think. In the second post of this series, we discussed the reasons that using a word like ‘primary' rather than ‘master' is not only a more technically accurate term but also socially and emotionally more inclusive. The impacts of the variation in language below has very similar impacts and is one that is near and dear to myself.

Let's see if you can catch the term I'm referring to - imagine an agent is showing you the above bathroom and they begin with "It's a nice cozy bathroom with a large tub and shower, tile floors, and his-and-hers sinks made of newly installed granite."

The term may not have caught your attention if you were planning to purchase the property with a partner of the opposite gender but for so many, describing a pair of features within a home as ‘his and hers' is simply not accurate and not the most effective method of description either. For an LGBTQIA+ couple or perhaps a single woman or man, having two sinks described instead as ‘double' or ‘dual' is a seemingly small adjustment that can make a big impact on a sale and on their view of you as a seller. Ridding yourself of heteronormative descriptors like this one can show your client that they matter to you and that you view the property as a place for them to truly call home.

This also goes for other rooms and attributes in a home, like ‘his-and-hers' closets, and man-cave. Some states have even taken action in making sure that outdated language like this is eradicated, like in New York where referring to double sinks as ‘his-and-hers' or ‘jack-and-jill' is a violation of the state's fair housing laws. As a member of the LGBT community, I know how the way something is said can often affect someone and the last thing you want to do when trying to sell someone a home is make them feel uncertain. Beyond the business benefits, making a simple adjustment like this can help make the world a more inclusive and welcoming place.