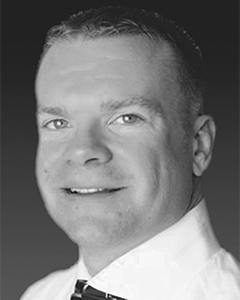 "Finding the right Realtor does make a difference"


Rick was born and raised in the Chicagoland area. In his early career, he worked for his family’s Plumbing & Heating company and Triad Boiler Corporation. This is where Rick got his first taste of sales selling boilers to numerous other businesses.

As a young child Rick spent much time in Elkhorn, Wisconsin at his family’s Lauderdale Lakes home, during which time he fell in love with the tranquility of the lakes area. In 2005 Rick decided to move north to the place he always had so many fond memories of and pursue something new. He developed an interest in Real Estate and began his career all while getting married and starting a family.

Well, Rick made a good choice as he is a devoted, passionate, and hard working local Realtor with values, integrity, and a personal dedication to the Wisconsin Real Estate market and his clients. He has worked numerous aspects of this business including residential, commercial, relocation, and more. He brings a positive and patient attitude to the table. Some of Rick’s accomplishments include Million Dollar Club (2010-2016) and National Sales Club (2015). His love for this business comes from the community he lives in, the agents he works with, and the referrals he receives.

"There is literally nobody better than Rick. He is the only real estate agent I would ever choose. You will not be disappointed!"

"Rick was very professional throughout the whole process, he responded quickly and accurately to any questions or concerns we had. Rick was very sincere and willing to help in any way possible to ensure both parties were satisfied and that provided a smooth closing. We will definitely recommend him to any of our friends and neighbors who may be looking for an agent."

"Rick was wonderful to work with. He helped us buy our home here in the Lake Geneva area. Rick has all the qualities you would want in a top realtor. He is not only knowledgeable of the surrounding towns, he knows the schools, amenities, distance to and from points of interest. It is assuring to know that Rick and his family live and work in the area. He is tireless in showing properties. He went above and beyond helping facilitate a move from across the country. He personally met the home inspector when we could not be there. He also helped us find one of the best mortgage companies we have ever dealt with-Wisconsin Mortgage Co. He also has a great, warm personality which helped when we were negotiating the price of the home. He is very knowledgeable with regard to home systems and has a network of people he can refer if needed. If we could give six stars in every category, we would."

"Rick is hands down the best realtor I have dealt with in my 20 years of being a real estate investor. He is extremely responsive and knowledgeable. You will not be disappointed in working with Rick."