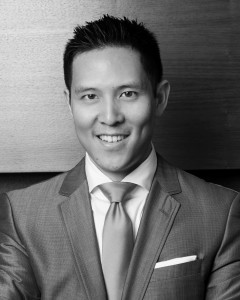 "...with a reputation that proceeds him"

2011 Winner of the Top Producer Award by Chicago Agent Magazine

2003 @properties Rookie of the Year Award

Recognized as an award winning broker, Eugene Fu has been a consultant with @properties since 2002.  As one of the company’s Founding brokers, Eugene quickly earned the elevated Top Producer status and currently ranked as the #1 Broker in @properties Gold Coast office. Eugene has been repeatedly recognized for his top sales volume and in 2008 received National recognition by Realtor Magazine when he was awarded the prestigious 30 under 30 Realtor Award.

Because of Eugene’s background as a Financial Analyst and his extensive experience with the real estate market, Eugene has formulated a proven sales strategy where he consistently sells properties quickly and for the highest price! His ability to negotiate and to recognize market trends has allowed him to set records in 9 buildings and 4 neighborhoods across Chicago this year alone. Regarded as the #1 Broker in University Village and among the Top 20 Agents in 6 of Chicago’s Most Popular Neighborhoods, Eugene is one of the top certified luxury brokers in Chicago. With over a decade of experience and well over $100,000,000.00 in total personal real estate sales, Eugene’s track record indicates that he can sell your home with record results, in any market.

How can Eugene do this? Two reasons: market experience and financial talent. As a result of having been in the business for over a decade and the sheer volume of his business, Eugene has an extensive understanding of Chicago’s residential real estate market. Utilizing his experience as a financial analyst along with innovative marketing cues, Eugene has created a proven marketing strategy that not only reduces buyer-seller negations but produces a higher selling price in half the time. Eugene’s ability to think outside of the box and utilize non-conventional marketing campaigns, have enabled him to strategically place his listings on major networks like NBC, CNBC, The Style Network, Lux TV, HGTV and in notable publications such as Chicago Social Magazine, Chicago Tribune, Chicago Sun Times, The Wall Street Journal and Ultimate Address. Whether it’s a first time home buyer looking for a loft with the perfect view, or a developer looking to add to their portfolio, Eugene’s proven strategies garner attention and results.

Before joining @properties, Eugene worked for a major Fortune 500 company as a financial analyst overseeing one of the company’s largest corporate accounts. He graduated with Honors from the University of Illinois Urbana-Champaign with a degree in finance.

“WANT RESULTS?! I consistently sell properties quickly and for the highest price. Ask me about my proven listing strategy. My results speak for themselves.” –Eugene Fu

"Eugene and his team knocked it out of the park for me and my family. He sold and closed on our home in under three months and we got a great price! He gave great advice, made me feel at ease, and even coordinated all of the details for us - from staging, to cleaning services, to even running out to get a part for our sink. I would recommend Eugene over and over again!"

"Eugene Fu was referred to me by a friend who assisted him with his successful home search. Eugene is an experienced realtor who is a strong negotiator and a solid understanding of the Chicago real estate market. He surrounds himself with an amazing team. He referred me to the lender and real estate lawyer. His assistant provided consistent communication and follow-up throughout the home search process. I will refer him and his team to others."

"Eugene kept at it trying to see the condo, even when 2 of the offers fell through for stupid reasons on the part of the buyers. Eugene was totally professional at all times and very helpful to us with suggestions on how to dispose of items in the apartment that the family did not want."

"Eugene sold our home in 4 DAYS!! We met with him 8 months before we wanted to list to get ideas on what he wanted us to do. After making the upgrades, we met again and listed. After a few private showings, we had an offer.

I you are looking to list and sell for a great price and quickly, the Fu Group is the way to go. Especially in University Village!!"

"Eugene Fu Group is AMAZING! Stop your relator search a call Eugene immediately. He was always brutally honest and discerning in our home search but that we what my fiancé and I needed in order to quickly find a home. I am forever thankful to Eugene and Elliot!"

Past Sales for Fu Group (0)