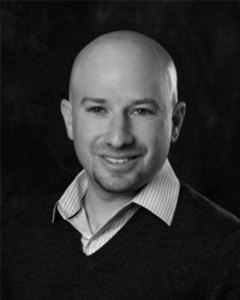 Born on Chicago's north side and raised in Evanston, Scott has spent nearly his entire life in the Chicago area. He has a great understanding of the uniqueness that Chicago's neighborhoods and its suburbs have to offer. With a background in management and an accounting degree, Scott puts to use all of his skills in finding and negotiating the best deal for his buyers and sellers.

In 18+ years of real estate, Scott has been involved in over 600 transactions totaling over $250 Million in sales.  Scott began his real estate career in 2001 working with a top producer on the North Shore before becoming a top producer on his own. Scott moved to @properties in March of 2008 to take advantage of the unparalleled marketing systems and dynamic energy that the company has to offer.  In his first full year at @properties, along with once again being a Chicago Association of Realtors Top Producer, Scott was honored by @properties with the Outstanding Achievement Award for an Experienced New Comer.

He has earned many sales awards and distinctions since, including, most recently, leading the Scott Stavish Group to $25 Million in sales in 2019.  Scott is consistently recognized as a Chicago Magazine Five Star Realtor and a Chicago Association of Realtors Top Producer.  In 2019, Scott was honored as a Crain's Notable Residential Real Estate Broker.

Scott takes great pride in focusing on each client's individual needs and goals. Scott will take his time to explain the process to both buyers and sellers. He explains the benefits and risks of every decision made throughout; offering his knowledge, expertise and guidance without pushing any of his own biases.

"For most people, real estate is the most valuable asset that a person will own in his or her lifetime. It's important to have someone to advise you through the buying and/or selling process that you can both trust and has the experience to educate you every step of the way. To me, that's what real estate is about. I never push a property onto a buyer. I try to teach my clients as much as possible about real estate to allow each individual to come to the best decision for him or herself."

Previous to working in real estate, Scott was the Vice-President of Development for a local restaurant group. Being responsible for the hiring and training of all managers as well as the opening of new restaurants allowed Scott to craft and hone some valuable business tools. Negotiation, management, communication and training/education are all skills that have carried over well to the real estate industry in making Scott a highly successful agent.

Scott loves what he does because it allows him to combine all of his best business skills while forging personal relationships in working closely with people day in and day out. In his free time, Scott stays active playing soccer and riding his bike all around the city that he loves.  Scott gives back to the community, giving to dozens of charities, while consistently being a Top 200 MS Fundraiser year after year.  Scott is passionate about his Illini, Blackhawks, Bulls, Bears and White Sox. He enjoys all that Chicago has to offer--especially its music, restaurants, parks and biking the Lakefront whenever our Chicago weather allows.

"Scott helped us with the purchase of our first home in late September 2020, and was an asset to have every step of the way. He listened, was attentive, proactive, and did not stop until we got exactly what we were looking for.

The process was not straightforward as the building was new construction and was still under construction when we went under contract. We would've been lost without Scott's guidance from the home search process and making an offer to the countless negotiations and final closing.

Scott makes you feel like his priority the entire time and as first time home buyers that was extremely reassuring. We have already recommended Scott to friends and family because we were so happy working with him."

"Scott was incredible. He was knowledgable, honest, and made us feel very comfortable throughout the entire process. He made sure to inform us on questions to ask, things to look out for, and recommendations that we hadn't even thought of.

He was a shrewd negotiator in the purchase of our new home, and was able to quickly find a buyer for our old home.

Would absolutely recommend him."

"Scott helped me sell a condo and buy a home a few years ago, and when it was time to move again this summer, I knew I didn't want to work with anyone else.
Scott is a pleasure to work with. He is an expert at what he does and he makes the process of moving--which is inherently stressful-- run seamlessly and not feel stressful at all. He's the guy you want to work with when buying or selling property, no question about it."

"Scott has been my real estate agent for 20 years - I've bought and sold 3 homes with him. I cannot imagine a better agent than Scott. He understands the Chicago market like no one else. He gives spot-on advice backed by a comprehensive analysis about how the market is moving, and why. He has strong relationships with other realtors in the community and keeps the process moving. We sold our condo quickly at a great price. Part of his talent is that he takes the time to understand the unique preferences and requirements of his clients. When I bought with him, he zeroed in on a set of options that were good contenders for what I was looking for. He is also funny and easy to talk to - important when you're spending all day in the car looking at properties. I've recommended Scott to at least 10 or 15 friends and colleagues, all with different personalities and tastes, and without exception, all have raved about exceptionally positive experiences."

"Scott made us feel like we were his only clients which I know is far from the truth. From start to finish he was knowledgable, patient, responsive, and honest. I would enthusiastically recommend Scott to anyone buying or selling in Chicago."

Past Sales for Scott Stavish Group (0)