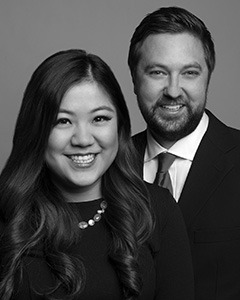 Mike Koerner grew up in Deerfield and graduated from Deerfield High School in the Class of 2003 before majoring in geological sciences at Ohio University. He spent his college summers working a wide variety of jobs ranging from concession worker, swim instructor, lifeguard, and perhaps most influential to his real estate career, a spice salesman at farmers markets in Chicago and Southern Wisconsin. This is where his first sales techniques were developed.

After graduating from Ohio University in 2007, Mike pursued a life long passion for food, working as a chef in several establishments including a fine dining, local, and organic restaurant. As a young boy, Mike was a picky eater until his Italian grandmother took him under her wing and taught him all the family’s classic dishes. Moreover, Mike’s parents, language teachers in the New Trier and Lake Forest school districts, brought additional French and German influences to Mike’s kitchen. Mike enjoyed his work as a chef but found that working professionally as a chef watered down his passion for food. Now, his cooking skills are the gift that keeps on giving to friends, family, and clients.

Real estate found Mike through his hard work in Chicago’s ever growing estate sale market in 2010-2014. Mike was recruited for real estate by his mentors for his natural people skills and ethical way of handling business. He worked under a team before joining Diana Kim to create The Kim-Koerner Team. With his partner’s native Korean tongue and Mike’s knowledge of bridging food and culture, the two were able to offer far more than real estate to their clients.

Although real estate was Mike’s main calling, it was evident that Mike had several other specialties, given his entrepreneurial spirit. He aided in overseeing multiple construction and snow removal projects in the Deerfield/Highland Park area, which is where his family business operates. In doing so, he was able to develop long term business relationships and friendships that naturally led to the next step: discussing when to buy or sell. In the current market, Mike understands what the millennial buyers and sellers are looking for.

"Mike and Diana are excellent brokers that I'd recommend to anyone."

"If you want help finding a home or to sell your current abode, this is one dynamic team! Young, enthusiastic, and full of energy, the Kim-Koerner team is the way to go! Both Diana and Mike are products of the North Shore of Chicago and understand it, the surrounding communities, and the Chicago area in general. They know the subtleties of living here and how to figure out how to get exactly what you need and are looking for. Choose this team and you will never go wrong."

"We purchased our home in 2013 with Michael Koerner and the experience was amazing. Michael took care of every detail when it came to finding, negotiating and buying our first home. He gave us t ime and that was extremely important. He listened to our concerns and was even able to get the home for cheaper than we thought possible. We are forever grateful to Michael Koerner and would highly recommend him to any future prospective buyers and sellers. He knows the north shore quite well and we are still very pleased we signed up with him. If you want a realtor committed to excellence, efficiency and comfort, Michael Koerner is your guy. Sincerely, Rachel & James Sinkovitz"