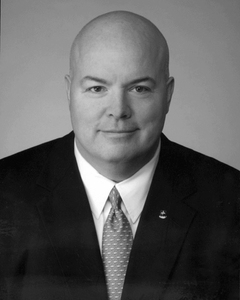 As a highly successful business executive, Tom has worked in sales and sales management in the Information and Technology sector with AT&T and MCI Corp. He was selected for Leaders Council and Chairman's Circle as a top sales leader while at both companies.

Tom lives in Chicago's South Loop neighborhood and started in the real estate business in mid 2015. He has worked extensively in downtown Chicago and the suburban Chicago market.  Specifically the South Loop, Park Ridge, Hoffman Estates and the Lake Shore East neighborhoods.

Tom served on active duty with the U.S. Army and in the Army Reserves. He holds a Bachelors of Science, Business Administration Degree in Marketing from the University of Illinois at Chicago.

He is a Past Commander of American Legion Post 758 and is an Honorary Distinguished Member of the 502nd Infantry Regiment/101st Airborne Division.

"Tom has bee amazing to work with and his attention to client and renter detail is unmatched. A+"

"Tom was not just our agent, he was a vocal advocate for our property, and for us as people. He truly cared about doing well by us and making sure we felt confident about every recommendation. His jocular attitude made him very easy and fun to work with, and we would recommend him to anyone looking to buy or sell. We were lucky to find him!"

"Tom is a fantastic realtor! He went out of his way to accommodate our needs. Tom found us a beautiful home. So grateful to have met him. Thank You Tom!"

"As a first-time home buyer in a new city I really appreciated Tom's candor and advice. When viewing units Tom always brought up great pros and cons. Tom cautioned us against making rash decisions and helped provide a good picture of the market for us. Tom was especially helpful during the process of putting in an offer and negotiating, as well as the inspection."

"Tom was tremendously helpful in finding the right property that matched my tastes and budget in the neighborhood I was looking to buy. He has excellent know-how and experience of the Chicago real estate market and in the buildings and properties I was looking at. I highly, highly recommend him as an agent for anyone looking to buy or rent in Chicago!"